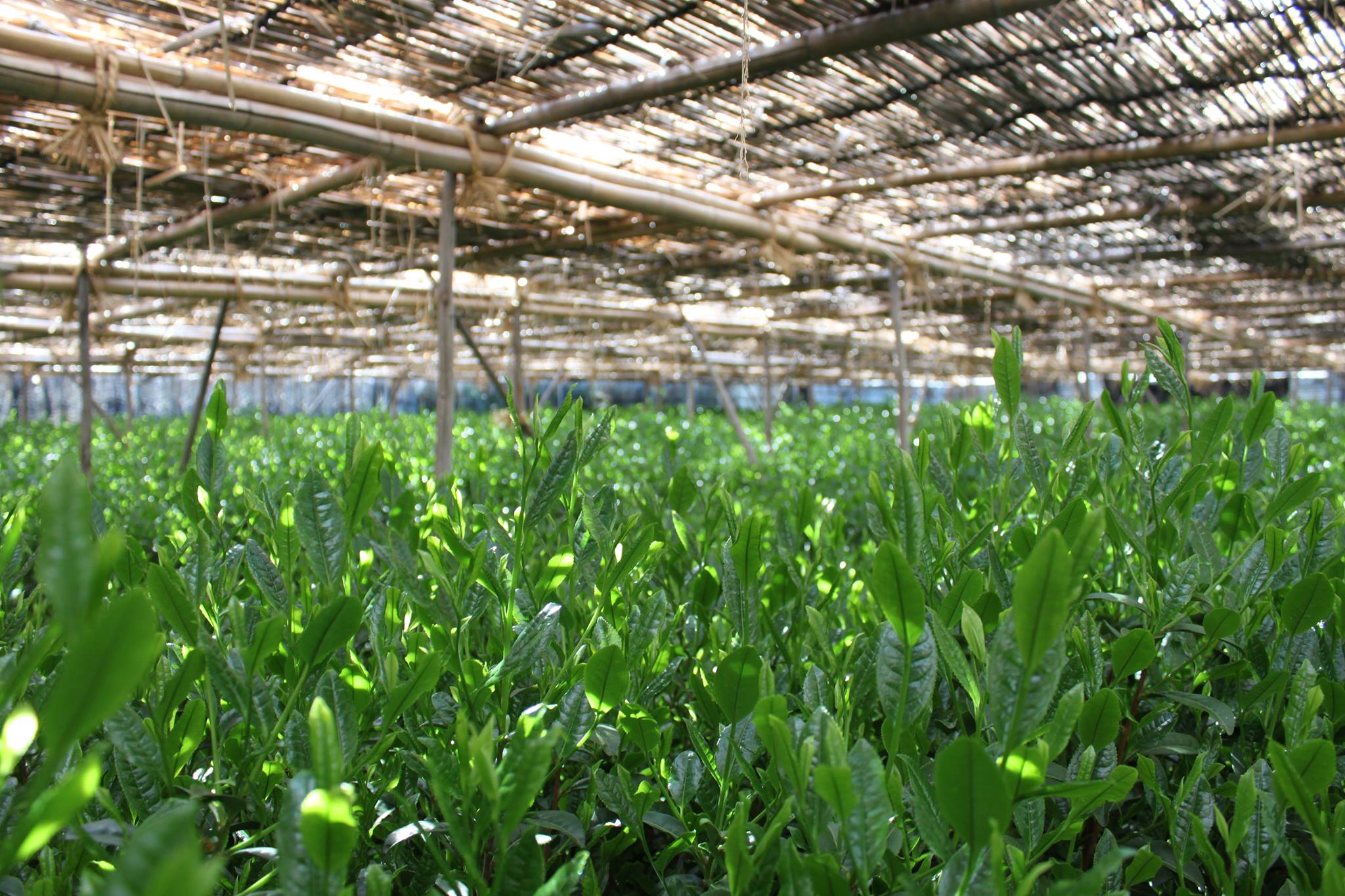 Matcha is a type of green tea just like Sencha or Gyokuro. Tea leaves are ground into a powder by a stone mill and used in a number of ways, from drinking applications, cooking sweets to traditional tea ceremony. Matcha is considered a highly functional food because it is rich in Vitamins C and E, Catechin, Theanine, and dietary fiber. We can ingest the nutrients and umami as we drink the whole tea leaves in the form of powdered green tea dissolved in hot water.

We define Uji Matcha as tea grown in one or more of the Japanese prefectures of Kyoto, Nara, Shiga or Mie (with highest proportion on Kyoto) and processed by a tea manufacturer within Kyoto. In other areas, we are seeing tea processed without adopting traditional covering method and using machinery. However, Uji Matcha still relies heavily on manual labor. Tea plantations are covered manually by experienced farmers, tea leaves are hand picked and tea is processed through an exclusive furnace with utmost care. Premium matcha like Uji can only be manufactured 40g (1.4oz) in an hour per mill. This is why Uji matcha is considered a premium tea. 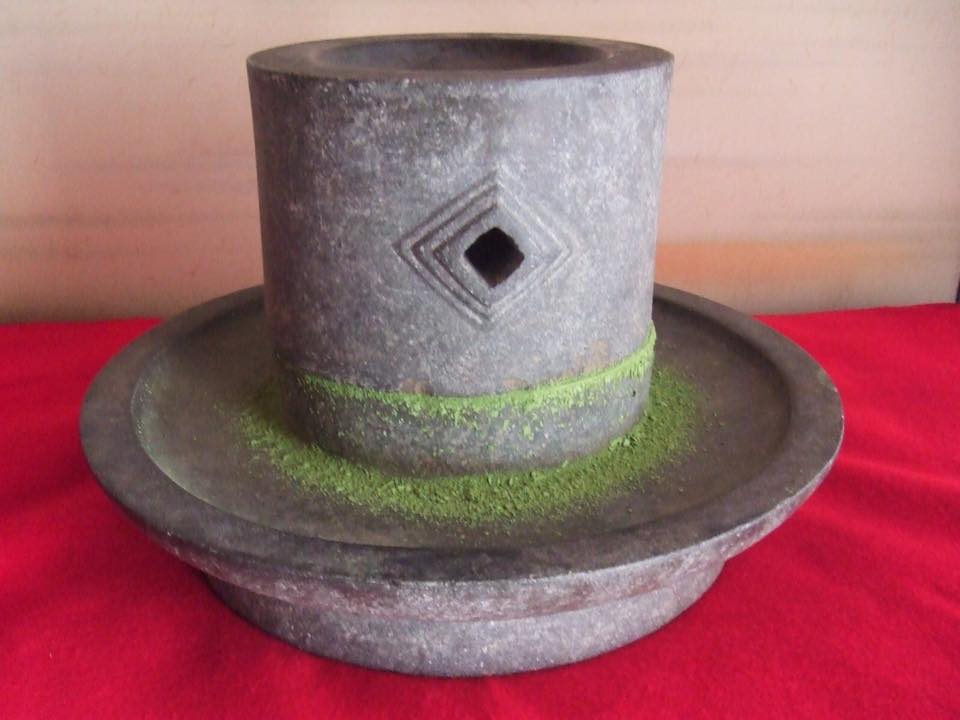 Matcha turned into powder after grinding. 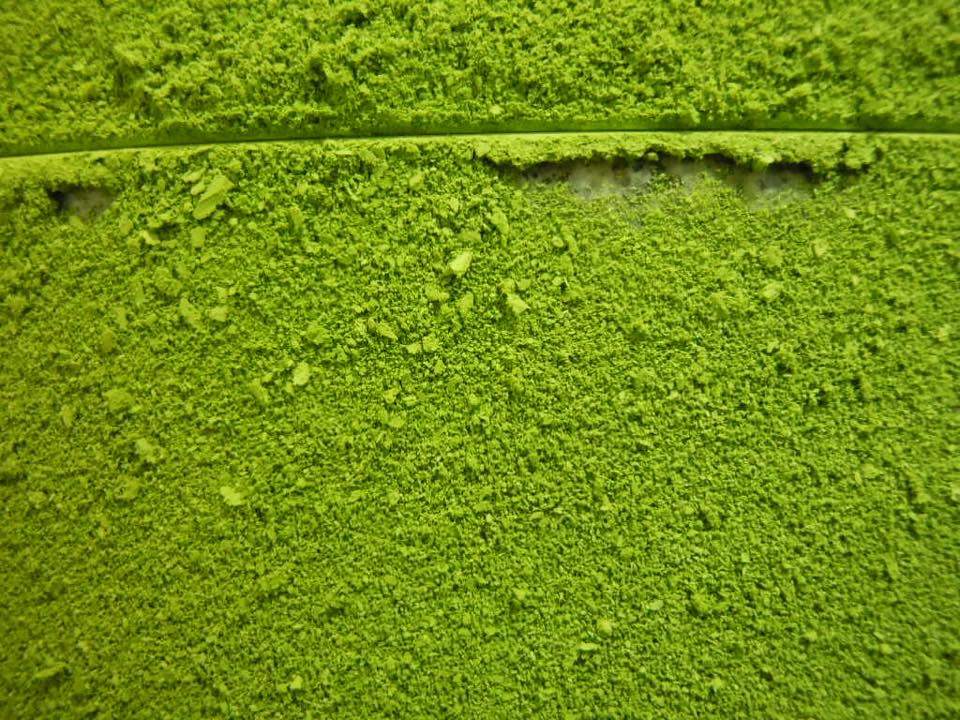 he sweetness of matcha comes from the good climate in which the tea leaves are grown.
The area around Kyoto is a vast fertile land through which a big river runs. It gets an appropriate amount of rainfall that is essential in growing quality tea leaves. The temperature drop during the night in Uji is another factor that brings out its sweetness.

* How Does Temperature Drop Bring Out the Sweetness in Matcha?
Photosynthesis takes place during the day but it stops at night and tea leaves start consuming sugar that was produced during the day. However, the temperature drop during the night slows the sugar consumption and it is instead accumulated within the leaves.

Sencha is grown in full sun but matcha and gyokuro grow in covered fields for about 20 days prior to picking. By covering the tea leaves from the sunlight, it prevents the production of Catechins which is a bitter component in tea and instead promotes the production of amino acid called Theanine, the base for Umami. Theanine works as relaxant.

Kyoto had been the capital of Japan for over 1,000 years until just 150 years ago. The demand for premium tea leaves such as matcha or gyokuro increased during this period and pushed the production of flavorful tea. From there, the tea was distributed nationwide.

Matcha or tencha as it is called more specifically and gyokuro are covered with reed screens over the field. It restricts the amount of sunlight that shines through in order to produce tea rich in umami and low in bitterness. This tea plantation is one of the best as it still adopts the traditional system. They manage bamboo and log stakes to create a canopy and spread straw over the reed screens.

Matcha is a ground powder form of green tea and the drinkers are able to injest the nutrients and umami contained in whole tea leaves. Caffeine and Catechins speed up metabolism thus expected to promote weight loss. We recommend starting with 6g (approximately 1tbsp) of Matcha everyday!

The Main Components and Benefits of Matcha

* Theanine is a type of amino acid that gives sweetness and umami.

Catechin has been known to slow the growth of cancer , to suppress cholesterol , to burn fat (supports weight loss), and has an antioxidant effect (anti-aging, healthy skin).

β-Carotene ( turns into Vitamin A when consumed), Vitamin C, E

* If taken with Catechins, it boosts the antioxidant effect further.

* Because we consume the whole tealeaves, we can take in β-Carotene and Vitamin E which are fat soluble and otherwise hard to absorb. 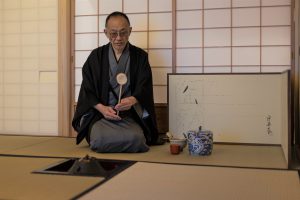 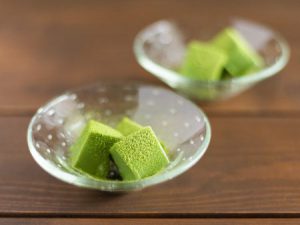 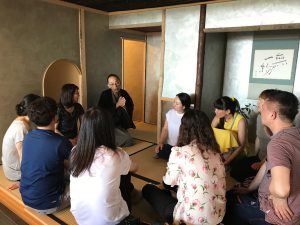